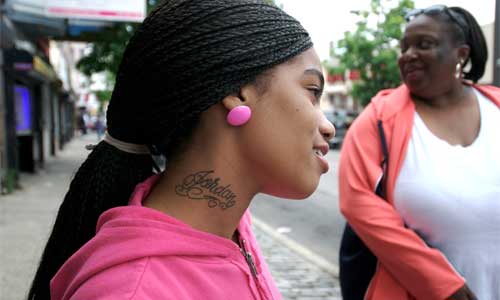 Eugene Martin is an award winning producer and director whose works have been screened internationally and won awards since 1988. He has written and directed five feature length films, including Edge City and Diary of a City Priest, which premiered at the 2001 Sundance Film Festival. Martin received an Emmy nomination in 1992 for his short dance film, Open Distance.

Eugene Martin’s approach to photography has grown to include portraits of people in the areas where he is taking street pictures. Often times he will find himself starting discussions with people as he enters their neighborhood. He finds it is a good way to break the ice. Along the way Martin sometimes asks if he can take their picture. Sometimes they ask him. They often invite him into their place of business or even their home. Martin is also working long term on verite portraits of children in the street. These pictures are the most difficult to come by, yet for him, yield the most satisfaction. The ratio of finding an image that works is far lower than anything else he is working on. He looks for the moments when children are poised between their own world and the world that they exist in, the world that his camera attempts to frame and capture. At the right moment, if caught and frozen in time correctly, another series of worlds is revealed. That is the moment he strives to attain for the both himself and the viewer.

Martin is a lecturer in the Broadcasting, Telecommunications and Mass Media Department at Temple University. He has the distinction of winning two teaching awards in his first two years at Temple. In Fall 2004 he won the Eastman Kodak Scholar Award for Creative Production and Teaching, and in May 2005 Martin received the award for “Innovative Teaching” at the School of Communications and Theater.